Merlin’s Got Nothin’ on You! 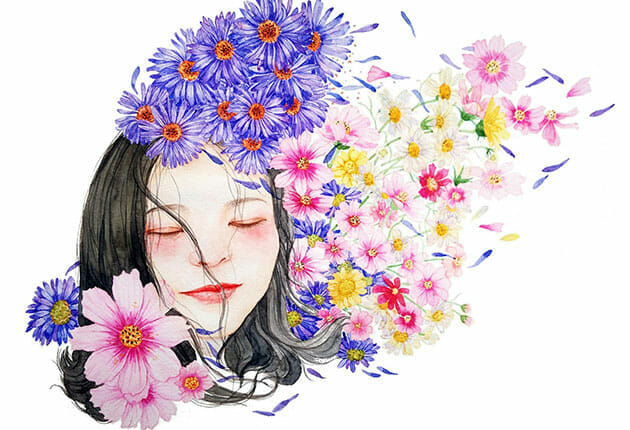 When I was twelve, I spent a lot of time imagining that I could do magical things; not rabbit out of the hat things …

…more like traveling while floating about three feet off the ground in a horizontal position, whenever and wherever I wanted to!

“The imagination is literally the workshop wherein are fashioned all plans created by man. The impulse, the desire, is given shape, form, and action through the aid of the imaginative faculty of the mind,” so quotes Napoleon Hill in his #2 best seller of all time and classic Think and Grow Rich.

He explains that we have two kinds of imagination; one is creative … like I described above (or in a dream); the other is synthetic, what we ‘do’ with the dream once we see it on the screen of our mind.

Age old stories and even in today’s movies, Merlin appears as a magician or alchemist, changing one kind or form of energy into another … and doing it overnight!

What if the real Merlin and/or real alchemists did not do this kind of ‘magic’ overnight?

What if it took years, decades or even centuries to accomplish?

Yet it is depicted and quick, controllable, and do-able only by Merlin or those few.

What if I told you that YOU are an alchemist, every bit as powerful as Merlin is depicted?

What are you thinking right now?

What do you see on the screen or field of vision of your Mind?

I will tell you why you already are an alchemist and how you are changing thought energy into physical matter or form every day!!

You’ve been doing it since you wanted that new wagon for your birthday that you saw one summer when the Sears Roebuck Catalog arrived, and you began pouring through it the moment it arrived!

You never stopped talking about it, showing your parents, friends and siblings the pictures in the catalog, right?

Oh, you drew pictures of that wagon in your art class. It was red and had words on the side and you spent a lot of time ‘imagining’ it being yours.

You had no idea ‘how’ you would get it, yet that didn’t stop you from dreaming about it.

How didn’t matter at all!

You were exercising Merlin’s power!

You got rather masterful at it, pressing the issue to have whatever you really, really wanted, and so often you did get it!

Was it aggravating your parents to the point that they got it for you?

What was the ‘key’ that made it happen?

Was it one thing … several?

What if we could replicate the same process and use it as we wish. Why then we’d be like Merlin, right?

The KEY to the magic is in this concept “Everything is created twice; first in an image in our mind; next in physical form.” Stephen Covey said it, Mary Morrissey said it, and lately Robin Sharma has said it.

The real Queen of this concept (visualization) was Genevieve Behrend, student of Thomas Troward.

She wrote Your Invisible Power and explains the key and how to use it.

I can tell you what it takes to create perfect Faith … in your ability AND your deserve-ability … and Why it works.

I can even tell you How it happens, and yet …

I am not the only person who knows this.

Why aren’t more people doing this intentionally? It’s actually simple (right … after all these years).

The process of moving ‘thought energy’ (an ‘idea,’ one form of energy) into another form of energy (physical matter) is one of the seven universal or ‘hermetic’ principles (operating 24/7/365 whether we know about what they are yet, or not) … ‘The Law of Perpetual Transmutation of Energy.’ Lots of words for a four-step process, don’t you think?

Here it is. Are you ready for it now?

Idea for Matter … the Exchange

First, you must be willing to accept that this change in energetic form does not happen overnight. Sometimes we think that something that happened, ‘just happened.’ Yet, it may have taken years to occur. Remember that even Merlin really didn’t turn things into something else overnight, did he?

Now, decide … what do you want?

What do you really, really want? Right now.

What will it make available to you and others when you have it?

Next, imagine yourself already having it! Create a picture in your mind’s eye (field of vision) of this.

This begins creation STEP ONE with the emotions you ‘feel’ already having the thing you want!

It steps up your frequency, amplitude of vibration … heck you just feel like walking on air!

That is LOVE my friends, the highest human vibration and the language of the universe.

Let’s say the universe hears first from those who can maintain this vibration for ninety days.

Ninety days is the shortest amount of time (other than a catastrophic accident when the slate is wiped clean tabula rasa) to purposely create a new belief or perfect faith in your ability and your deserve-ability of doing or having a thing.

Now in STEP TWO (the hardest) you will execute a task or two toward your goal, a couple of times a week, spaced out, and keep the picture of your already having it, top of mind, for ninety days.

The spaced intermittent tasks/actions are STEP THREE and required to “impress the visual image and its associated vibration (the DNA of this spiritual seed) into our subconscious mind where is will ‘live like the truth’.”

This is where the new neural pathways are developed … new ways of thinking, rather than the existing default ways … which typically are negative with a low vibration.

Keeping the goal and the reasons why you want it every day is what is required to create a new belief.

STEP FOUR is the manifestation of the Goal. But wait, two things …

You have to know what to look for … a person or an opportunity that shows up like a coincidence … yet you must understand that “what we want is moving toward us at the same vibration we are moving toward it!” We must be on the lookout.

You will now see this as synchronous rather than coincidental. Nothing is coincidental … because we may not know yet ‘how’ it works … yet.

Now reflect on something you wanted very much as a kid and got it. Maybe it was an Izod shirt (big when I was younger). Or a certain type of backpack. A bike, a book …

Did you not step through these very four steps with the outcome of achievement?

Oh, it may have taken more than ninety days, but so what. You got it!

This is a form of biomimicry … copying nature’s process.

My work is the journey, the challenges of getting through those ninety days without losing hope!